BrandBucket sent out their October newsletter and released some September sales data.

The average sale was $2,865 after removing sales over $10,000. Two word keywords were still the dominant category.

A Quick Look Back at September

With the school year starting and the holiday season approaching, we saw a slight shift in categories that were sold last month. The education category made its debut on our top 15 categories last month. Removing sales over $10k, our average sale amount was $2,865. 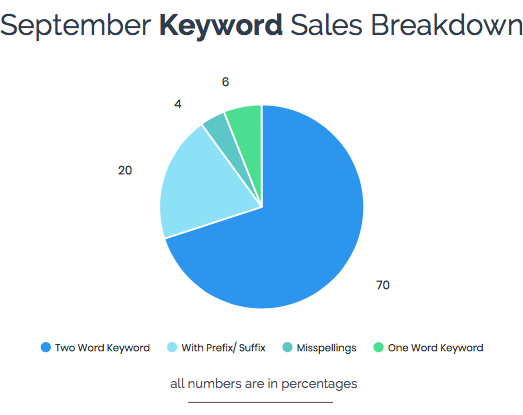 Keyword: The month of September had an uptick of One Word Keyword sales from 2% to 6% as well as for Misspellings from 3% to 4%.  Still holding strong, Two Word Keywords takes the greatest chunk of sales for September. With Prefix/Suffix stayed the same in the month of August to last month. 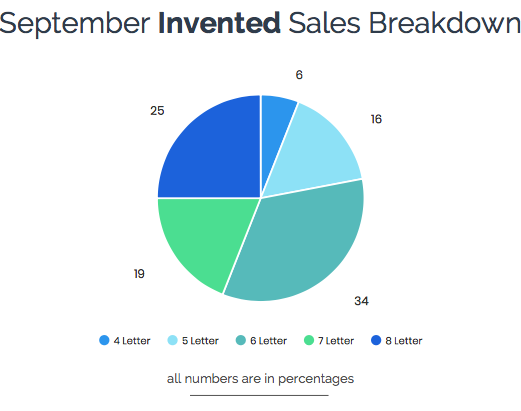 Invented: In September, the highest selling Invented category went to 6 Letter names compared to 5 Letter words being the top in August. The biggest change for Invented names was 8 Letter names sales jumped from 10% of total sales to 25%. 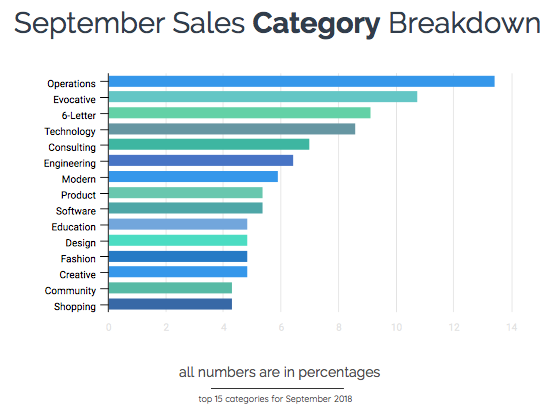 Categories: From August to September, the top two categories remained the same. Following the uptick in 6 Letter sales, the 6-Letter category made its way to the 3rd spot. As mentioned earlier, the Education category made its appearance, potentially following the beginning of the school year! We are interested to see how these categories shift during different seasons, holidays and events throughout the calendar year. 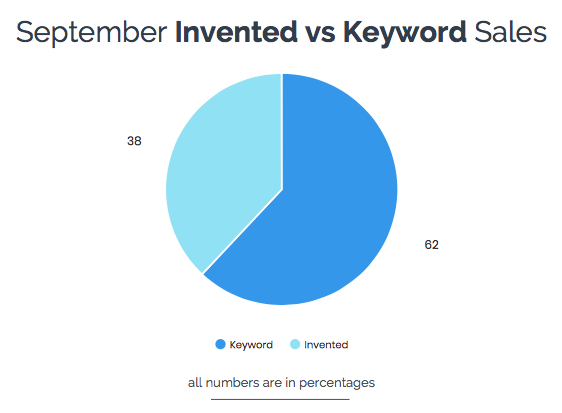 That buyer preference for keyword names is following the trend we are seeing over the last 24 months of new startups being formed.  That the high demand for 5 and 6-letter pronounceable names in the past years means that there is now a shortage of this inventory, so now is the time to invest in and sell these types of names.