Once again, with a day packed full of sessions offering golden nuggets of advice and another evening filled with meaningful networking, TRAFFIC is absolutely worth the price of admission, IMO.  The day was kicked off with a fine Ritz Carlton brunch/breakfast, during which time, Rick and Howard provided some remarks on what the days ahead had in store.

A quick shuffle to the room next door had folks had seats filling up quickly to check out the Adam Dicker show with Michael Cyger of Domain Sherpa. A must see, as Adam has and continues to carve out some interesting success stories that we can all benefit from. He provided the crowd with lots of tips and tactics that he employs to blaze the path. I know I walked away with a couple of pages of notes and some new ideas that I look forward to implementing over the coming months. The two complimented each other well and if you haven’t done so yet, be sure to visit DomainSherpa.com and check out previous interviews he’s done with Adam and others. Chock full of nuts! 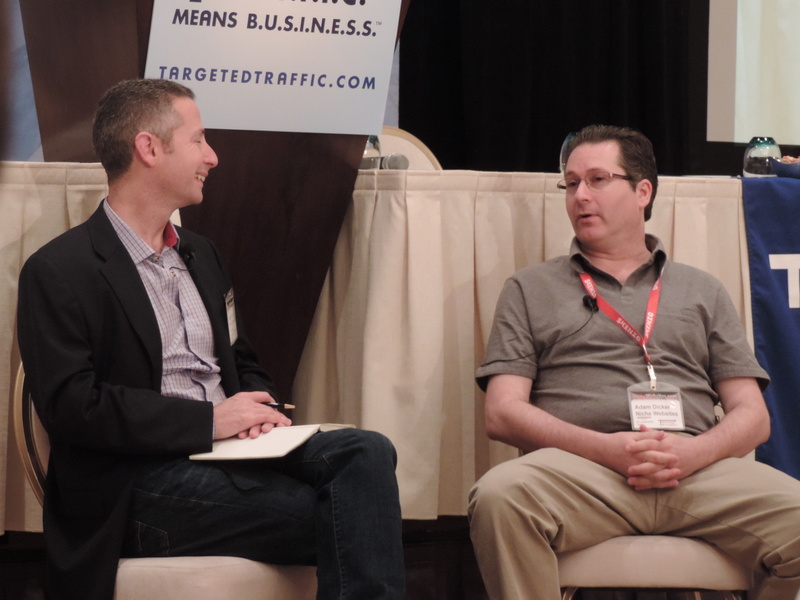 As Adam and Michael were finishing up, the room began to fill up with some of the bigger players in the industry, as the Rumble was about to begin between Rick Schwartz, the Domain King, and Frank Schilling, the man, the myth, the legend, were about to get it on with their respective teams.  Ricks’s corner included Lonnie Borck of B52 Media and Frank’s corner included Monte Cahn of Right Of The Dot, LLC, Jeffrey Sass of .CLUB Domains and Tim Johnson from .KIWI. 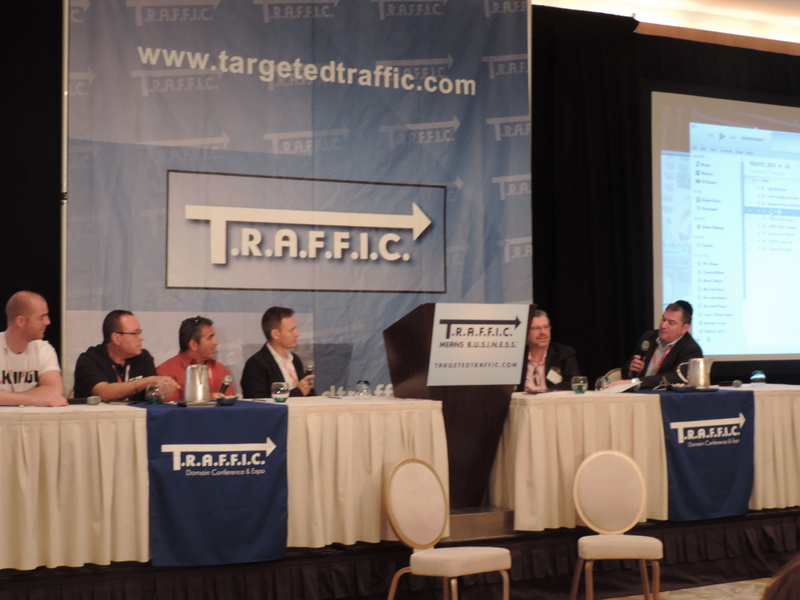 The debate was very interesting to say the least, and did get heated at times when members of the audience got involved. While no blood was drawn, both sides made excellent points in a respectful debate that will go down in the domaining history books. I actually recorded the entire debate in HD and may release it in the near future, if I can get permission from the hosts. In my opinion, I think both sides were winners…however, it’s going to take a long while for things to really change. As Rick says, dot com is by far the world’s biggest franchise and is here to stay. As Frank says, change is coming like a tsunami, whether you believe it or not. I believe both is true!

Once the smoke cleared, it was time to hear some interesting domainer success stories. Ari Goldberger of ESQwire.com started it off and discussed the path he took to get MD.com off the ground and shared his vision of where he sees that site going. Braden Pollock of LegalBrandMarketing.com shared several stories relating to his company and other endeavors including ScienceFiction.com and SigatureFiling.com.

Greg Ostrick then shared is start and path of buying and selling domain names as well as various websites. Again, some great tidbits offered by the panel, sharing pitfalls to avoid and things you can do to get ahead of the game.

After another terrific networking lunch where I made multiple connections, we all got the chance to meet some of the more popular the bloggers in the business, including Elliot Silver of DomainInvesting.com, Adam Dicker of TheArtOfTheName.com, Owen Frager of Frager Creative Group, Michael Berkens of TheDomains.com, Andrew Allemann of Domain Name Wire, Ron Jackson of DNJournal.com, and Michael Cyger of DomainSherpa.com. Each offered insight into their blog, including what makes them different, how they got started and what we can look for from them in the future. 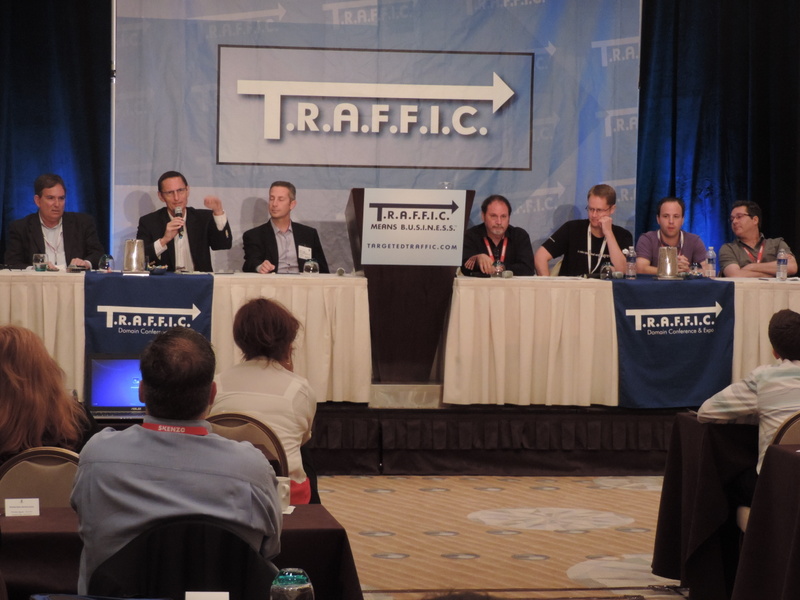 I then had the pleasure of reporting live on Twitter the results from the TRAFFIC auction.  Exciting for me as Rick Schwartz, Mike Berkens and some others bid on a name I had in the auction, fetching a quick G note. Thanks to all who followed me on Twitter and shared the results!  While not a lot of names were sold and not a lot of high prices were fetched, it was pretty exciting to be a part of it, bidding and selling. I sold three names in Vegas this Spring and have two more in the Silent Auction. If you haven’t tried to submit some names, do so for the next T.R.A.F.F.I.C. Conference.  You never know…set your reserve and you have nothing to lose! 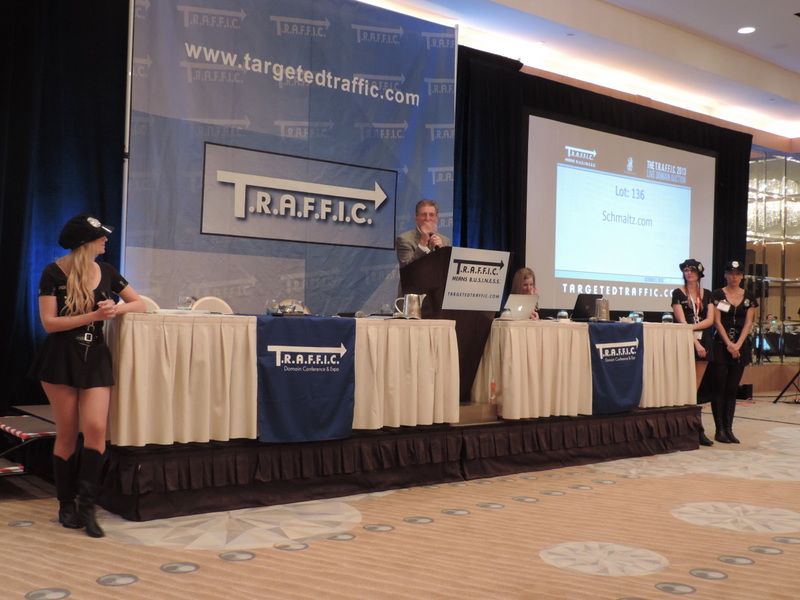 Thanks for reading and watch for me next one! 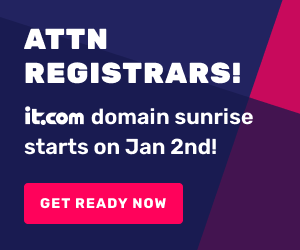