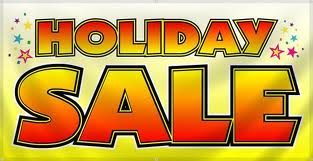 Econsultancy reported that online sales for this holiday season are approaching $25 billion.

Taken from the article:

Early sales and heavy discounts figured prominently in their strategies, leading some to wonder whether they'd do too much, too early, leading to a drop-off in sales as the season progressed.

We quickly learned that the strong start sparked by Thanksgiving Day sales didn't apear to have a negative impact on Black Friday, and a strong Black Friday didn't stop consumers from spending on Cyber Monday.

But how are things going now?

According to comScore, shoppers are still going strong. In fact, as of yesterday, there have been six individual days on which U.S. consumers racked up over a billion dollars in online sales. The total haul for the entire season thus far: just under $25bn.

And comScore doesn't think we've seen the last of the spending. All told, the four days with the heaviest online spending in U.S. history have occurred this year, and it's predicting that today's Green Monday sales could be a big one.