How a Colombian internet address became the online home for startups

Juan Diego Calle and the team from .CO were featured in a piece today by Leo Mirani for 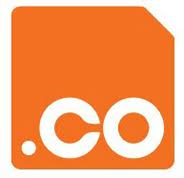 QZ.com. Calle shared with Mirani the two factors it took to make .co successful. He also discusses that other services and fancy packaging will be important factors for the new gtlds to find success in their niche.

In less than four years, more than 1.6 million individuals and businesses, mostly start-ups, have created a website with an address ending with .co. That is a staggering number for a new top-level domain (the last bit of a web address). Contrast that with .biz, which was introduced in 2000 and by April last year had chalked up just 2.4 million registrations.

People went to .co because, on .com, with over 111 million registrations, the short, simple names are mostly taken. They went also because .co is one letter shorter than .com, which matters in the age of Twitter. But most of all, they went because some very canny marketing convinced them that it’s where sexy, innovative start-ups go.

Of course, .co is not a new top-level domain like the 1,000 or more being introduced this year; it’s the one that was assigned in 1991 to Colombia. Juan Diego Calle, a Colombian-American entrepreneur, won the contract to run it in 2009, after years of effort and a 1,165-page bid. In exchange for exclusive rights to market .co, Calle pays a fee to the Colombian government that goes towards improving the country’s internet infrastructure.

Read the full article on QZ.com