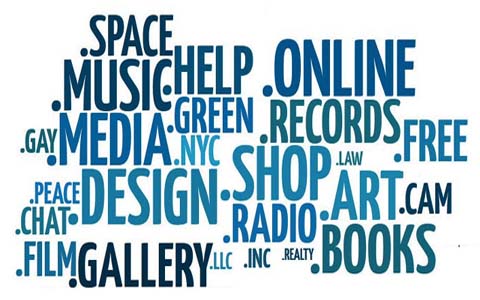 As ACRO commented last week on a post at TheDomains.com, “Those that blindly support a crazy-priced gTLD extravaganza are equally clueless as those that fully refuse to partake in the new namespace expansion.”

The majority of ‘successful’ domainers out there all seem to have indicated that they’ll likely dabble in these new TLDs. Each of the Domain Sherpas on Michael Cyger’s weekly name review show, has indicated that while being strategic, they won’t miss the boat. Rick has stated he won’t miss an opportunity when he sees one, and Michael Berkens has already purchased some, as discussed in one of his recent posts.

On the other hand, the blogs are chock full of comments on how the great majority of the new gTLDs  will crash and burn and making any investments in that space is like using money for kindling. Right now, it may seem that way. Most of you have seen the video of Howard Neu interviewing normal business people about the new gTLDs, with each interviewee clueless about what is rolling out.

Personally, my 15 and 17 year kids also didn’t (and don’t) have a clue. However, having had a chance to talk personally with folks like Frank Schilling, Ray Hackney and Morgan Linton, forced me to think about what my own path and approach would be, and that has evolved over the last several months.

After reading Acro’s blog post last week about the need to have a plan and strategy, I thought I’d put mine out there in the open, since I’m a dumb newbie who doesn’t know any better and love to stir a bee’s nest from time to time for the fun of it.

I’ve got my plan, and will execute it in my own way, with a fixed amount to invest and with an actual strategy to support my buying approach.

What I’m willing to do (to a small degree) is:

I registered my first new gTLD name yesterday getting Stovetop.Cooking for €29.95 for the first year. For the same price, I also bought ToolsFor.Cooking; TransportA.Horse and MoveMy.Horse.

As you can see, all have developed dot coms out there. If the TLD succeeds, I think these will be names with some value to someone. As per my last new gTLD post here, I did not go forward with reserving any dot singles names, especially since I’m not and that’s against my strategy!

Will they ever rank? Will I ever sell them for a profit? Will I develop any of them and actually make money? I really don’t have a crystal ball to answer any of those…but for the same price of a dinner, drinks and night out with my wife, I’m giving it a small try! Many of you will spend more in Vegas at NamesCon playing blackjack in one hour. It’s all a gamble, but you can’t win if you don’t play (with a disciplined plan of course!).

You can laugh and ridicule, you can congratulate and praise. I really don’t give a shit…I just thought I’d share my plan and strategy!  Thanks to Theo for the inspiration!