Jennifer Aniston the star of the hit sitcom Friends, who has starred in numerous films including: Along Came Polly,Horrible Bosses and most recently Wanderlust has had her domain expire.

The domain JenniferAniston.com was registered on July 8,1999 and is now up for back order on NameJet with 49 bidders already. The domain can be back ordered up until 11p.m. Eastern tomorrow night.

Are the people bidding for the name wasting their time or putting themselves up for a udrp ? We have written before how it is all over the place with celebrity domains.

Oliver Stone not only paid $6000 for OliverStone.com but gave the domainer he purchased it from a signed copy of the script of his newest film Savages.

Ndamukong Suh of the Detroit Lions went the other way and won his UDRP against the person owning his name.

You can read more here.

The JenniferAniston.com site has had many looks over the years, in 2002 it looked like it was official when it seemed Jennifer was welcoming site visitors about her upcoming website launch. The site had a banner on the bottom promoting her latest film, "The Good Girl " 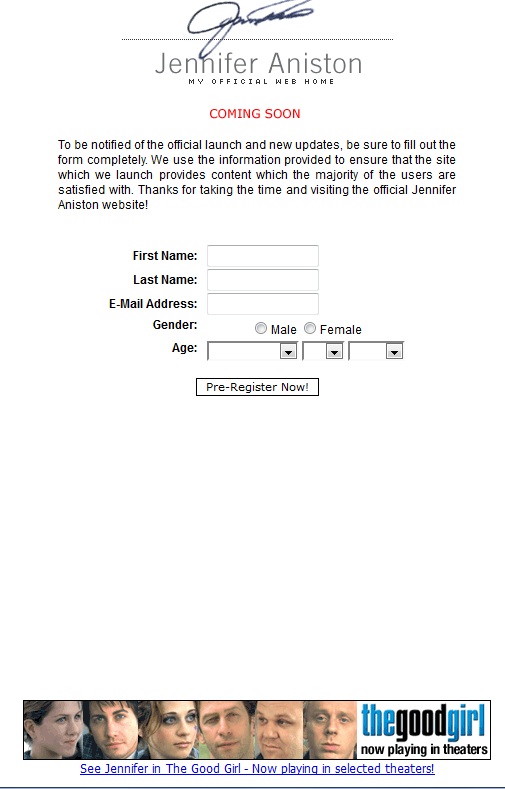 JenniferJoannaAniston.com (Her full name) was dropped and is available again if Jennifer feels compelled.