Bill Gates stepped down from the country he co founded in 2008. He decided to spend all his energy on his foundation. The Bill and Melissa Gates Foundation. 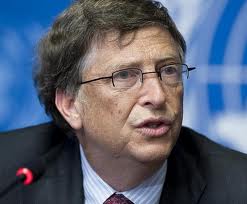 Bill did an interview while on vacation in Sydney,Australia that I listened to. In that interview he mentioned how he never plans on coming back to the CEO position at Microsoft. He mentioned that running the foundation is the work he will do  for the rest of his life.

Bill Gates mentioned on more than one occasion that he felt they were doing a good job finding "good scientists."

It may just be a coincidence or maybe Mr. Gates is looking to have Microsoft play a bigger part in helping find good scientists to help his foundation better the world.